Maintaining personal relationships seems to be getting harder and harder these days. The Facebook and WhatsApp generation (including myself) is not stimulated to maintain “real” relations over digital ones. That makes us lose our skills in having genuine contact with other people. The solution is to be found in a more than 80 year old book called How to Win Friends and Influence People. Author Dale Carnegie shows us how to deal with people to make the most out of our relationships.

There are four sections in the book:

This section is about the basic techniques on how to deal with other human beings. This seems so easy but in practice it’s harder than we think it is.

We all make mistakes in our day to day lives. The first principle from this section is “don’t criticise, condemn or complain”. Can you say you never do this? Carnegie writes how it benefits you to think before you react. Your primary reactions are usually very intense and don’t help you connect with someone.

The second principle is that you should show appreciation. People want to feel appreciated and if you show you appreciate them, they will feel good around you.

The third principle from this section is called “arouse in the other person an eager want”, which means to search for the biggest wish of the other person. Make him or her want to do something. If you can align this something with your own goals, you made yourself an ally.

Carnegie gives an example of a little boy who’s not eating well. His parents try to make him eat in the usual ways (“mommy would like you to eat this”). Of course, this doesn’t work that well. The boy liked to bike around his neighbourhood, but a bully, who was taller, used to throw him off of his bike. The boy’s father then told the boy to become just as big and strong as the bully. To do so, he would have to eat. From that moment, the boy did finish his plate every meal.

After these basic techniques Carnegie continues How to Win Friends and Influence People by giving clues on how to make people like you.

These six little “tricks” will make people like you. The best example perhaps is to just listen and let them do the talking. When you listen, the other person feels they have a great conversation. This is because people like to talk. Someone who talks a lot is seen as bad, the person who listens a lot is seen as good.

Another example is that of making someone very important. Carnegie describes the example of a gardener working in the garden of a rich attorney. The attorney also bred dogs and has won prizes in several dog shows. The gardener talked to the attorney about his dogs: “that’s a nice hobby you’ve got there. You must have won a lot of prizes”. The attorney felt flattered and spent the rest of the day showing the gardener his dogs. Eventually, he gave the man a puppy to bring home to his children. Just by making the other feel important, the gardener got a tour and a puppy to bring home!

How to Win People to Your Way of Thinking

This section is all about getting people on your side. In step one Carnegie advises to never have an argument or fight. When you do, you can only lose. Even if you win, the other won’t like you and therefore you have lost.

So have respect for one another and be friendly. If you make a mistake, be honest about it. This works because it’s genuine, and people will forgive you.

Lastly, it might help to dramatise ideas and make them a challenge. The other person will not admit to being scared of doing them and you will have a better chance succeeding.

This section of How to Win Friends and Influence People is about not making enemies. Good leaders genuinely respect others and praise their strengths. They are subtle in correcting mistakes and relate them to their own mistakes. If the mistake is made, don’t correct the other person publicly.

The way you persuade people is important. Instead of telling them what to do, asking questions really helps. I know this is an open door, but still, I feel people can benefit from it.

Personally, the best part from this section for me was “give the other person a fine reputation to live by”. It leans on the principle that when people are known for something, they become proud of that.

An example of this was a story about a factory worker. His production output was a lot less than that of his colleagues. The shift leader called the worker in his office and praised him for his many years of experience, and the fact that the quality of his work was outstanding. Also, the chef praised the worker that the worker used to be very fast, and that he had lost his edge just a little bit. No big deal!

With such a reputation the worker wasn’t going to accept that he was slower than the rest, and indeed his production output increased again.

How to Win Friend and Influence People is a very good book. It’s absolutely an addition to many people’s book shelves. In the world of personal finance, the book is not very common. That is because the book is not financial, yet it is!

The book isn’t about finances per sé. However, by learning about psychology and managing relationships I honestly believe that your finances will improve for you will have more opportunities in life.

You know what is about finances? This page on my investment portfolio!

This book is very down to earth, but it’s not an easy read. The book is written in 1936 and that makes the language and examples a bit dated. The principles however are still very much valid! Some of the examples get a bit repetitive. I know we learn from repetition but still, it can make the book a bit long.

The principles and methods Carnegie teaches are very much the same as the values we (hopefully) grew up with. In that sense the book doesn’t bring much new ideas to the table. Despite this, I do recommend to read the book, even if it’s just once. A lot of these “known” values will give you a “ah yes, of course” feeling. It’s important to stay aware of these values, especially in a time where most of our communication is via WhatsApp and this blog.

You can buy the book via the links below. I might get a small affiliate fee when you do. This is at no extra cost to you, and it helps me run this site.

Blog Your Way To Passive Income

Take control of your financial future! 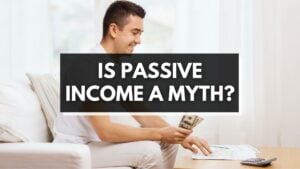 Is Passive Income A Myth? Entrepreneur Reveals Everything! 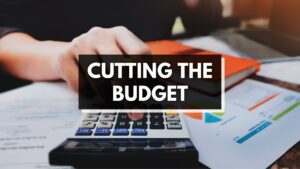 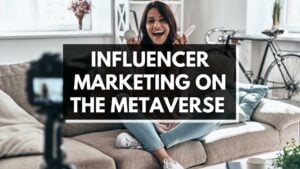 Influencer Marketing In The Metaverse – A Handy Guide!